A small difference in the approach, one giant leap in the practice. 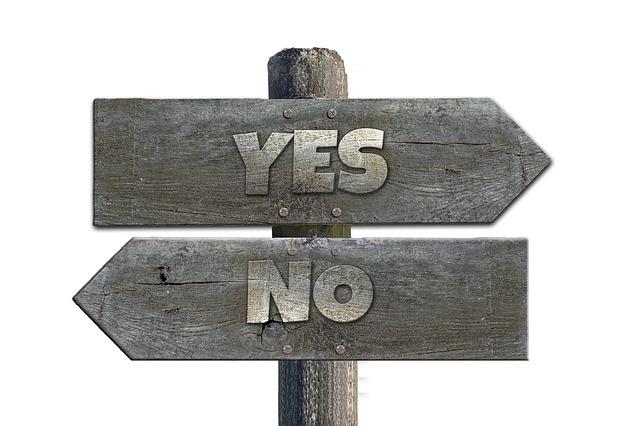 The advantage of Consensus is that it can help to set a common goal, and requires commitment and responsibility of each part of a group.

Still similar? Well it’s a small difference in the approach but a huge one in the actual practice.

The down side of the circle method with consent is, that it doesn’t work in hierarchy settings because it could lead to people giving (false) consent or not speaking up because of fear of the consequences for their own opinion.

What consent to consensus share is ETYMOLOGY;
Decisions should make sense for everyone and not being complete Nonsense.

The circle method is only possible when a higher goal of a group (the purpose) is already in place but that is what’s missing so often and which makes it especially hard, as a successful process in the business world.
Just not being against some else’s opinion might not be enough to get to new and good decisions and solutions. Therefore it can be an advantage to wrestle for consensus where individual interests clashing. That alone might be the fuel for innovation.

Let’s quickly look what it actually means in the science of language:

The important difference is in the action word:

It’s already a lot to just agree or to listen carefully, but when we add in a connection to harmony or to feel with someone — which actually qualifies as empathy — as a necessary ingredient for consent it could be a game changer in how we treat each other or just the idea of what our societies would be able to transform into.
Unfortunately EMPATHY often has no real place in business or in company - hierarchies.
For that reason, it makes sense to aim for consensus first and use the sociocratic approach, driven by the principle of ‘Consent’, only for really relevant decisions in modern, learning, non - hierarchic organizations with clear goals.

The biggest issue in the decision taking processes with 'Consensus' is the Veto right (which means ‘I forbid!’) in a democratic election or vote, which could lead to blocking the development process of a group with a common goal and its decisions.
This could take forever because most of the time, the opinions and wishes of each individual in a team always differ, at least a little bit.

In non - hierarchy organizations this could become a real problem.

So the group might be left with these options:

When these options are exhausted, you’re left with taking the group back to a power play setting, where one person has a heavier or louder voice or position within the organization and decides for everyone else.
On the other hand, there are occasions where a veto right might be necessary or important to secure a higher common interest, for example to avoid self dynamic structures in hierarchic systems and people fear to speak up for their own or when there is a ‘sixth sense’ of a party that can not be verbalist in the very moment.

In the circle method, decisions will be based on the best arguments, not power.
Other than with Consensus, a collective group or team will keep being able to operate and take decisions instead of blocking each other as individuals.

It’s “a small difference in the approach, but a giant leap in the practice”
It’s more than a method, it’s even a state of mind.

Due to this approach, Objections are a gift from the individual to the community and any decision can be changed or improved by feedback and empiric testing, which is a very agile approach, like Design Thinking and prototyping.

Professional work should always be based on the concept of ‘Consent’ and not force, like in slavery.
Nowadays, unfortunately, in many working environments, the second part is still a reality.
_______

The principle of consent is what is the missing ingredient in almost all of our societies, especially in institutions of education and learning.

It starts in pre-schools, when systems and teachers don’t respect the individual will or “teaching” without respecting or introducing the concept of consent.
We all “learned” or better were conditioned to live with people in power, just physically or economically being stronger to make the rules, most of the time against our consent and not because of better arguments.
Only a few are able to reflect themselves and ask if their arguments are really that good, not to consider also another opinion.
That’s why it is also reality in most organizations. One person has more power because of a given or described position.
I still hear the voices of the old school teacher: “They have to learn…!
Life is not what ‘they’ want…! It’s not ‘their’ decision!”.

How sad, if life is not for us to claim what we want and aiming for what we dream of.

So, I came to the understanding, that systems should know better about the concept of consent and consensus as a base of our collective decision processes, education and collaboration.

I don’t want to explain here in detail how it works. This is the job of your coach or moderator to lead you through the process.

The important part is, that it’s not always a question of the majority or how many objections are in place. It is about context again, instead of the weight of power behind an opinion.
This process gives group decisions much more longevity and relevance.
The circle structure is also similar to agile frameworks, wherein decisions are reviewed after a certain pilot phase and, if necessary, adjusted or changed.
It seems to make it easier and faster to get to good decisions in which  every member of a circle, who is influenced by the decisions, has an equal voice to be heard and even can get more relaxed because the process will intentionally keep space for everyone to speak and state their opinion and objections.

This circle method allows a more organized listening to each statement so that talking wildly over another one’s word can be avoided. This can change the quality of the final decision drastically.

It’s quite enlightening but still not easy because it needs some (self-) discipline of each participant.

It’s more effective to take the best decision possible in the moment, and to let it evolve over time, instead of discussing it forever,
Consensus and Consent can transform Organizations, their members and management to a more agile and relaxed way of decision-taking and work, because everything can be changed and improved, at all times.

That is even a change of attitude and could help to overcome an old and outdated culture within an organization.

As a leader of your organization, you are left to try it out and get professional support in doing so.

Why Systemic Coaching in Professional Sports is essential (Taking up the cudgels for... )